My original plan for today was to head east to Whangaroa. From there, I'd follow the east coast, eventually ending up at Whakatane. At the last minute, though, I've decided to change my route, so today had me riding from Kaitaia to Kohukohu, a scenic but tiny town on Hokianga harbor. From there, I'll take the ferry - which I'd like to make clear is Not Cheating - to Rawene, and proceed down the west coast instead, eventually ending up at the thiving metropolis (ha!) of Dargaville. From there, my route converges with the one I planned originally.

Today's route was about 75km according to the guide, with only 3 big hills, all in the first half of the ride. 75km makes it the longest day so far, but since there weren't so many hills, it wouldn't be that bad, I figured. How wrong I was!

I started out a bit before 9, taking the road south out of Kaitaia, then switching to the "Twin Coasts Scenic Route". Scenic it certainly was, starting with fields on either side and hills in the distance, and graduating into native forest as I approached the hills. Traffic was initially very heavy, with no shoulder to speak of, but diminished markedly as soon as I turned onto the road to Kohukohu.

The hills turned out to be at least as difficult as advertised, first merely tedious, but graduating into frustrating, then exhausting. The hill just before Broadwood, my halfway-plus-a-bit point, was absolutely brutal, requiring me to stop 2 or 3 times on the way up for a breather.

I got into Broadwood at about noon. Broadwood proved to be a tiny town, with a general store and public toilets and not much else. I paused for a snack and a drink, then continued on, already pretty exhausted - but I knew I was done with the first two hills, and on the top of the third one, so the rest ought to be relatively easy.

The rest of the route, despite my tiredness, proved to be a lot of fun. The road wound about through the hills, but seemed to be constructed pretty much along a contour line, neither going up nor down a great deal, which made for a fun ride. Once we reached the end of the hills, I was treated to an enjoyable high-speed descent, and a short while later, I was in Kohukohu, getting there around 2PM. 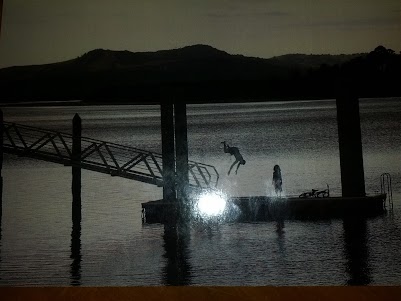 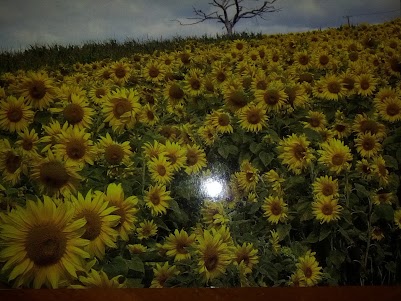 Kohukohu is likewise a fairly tiny town, featuring a general store, a couple of cafes, and a post shop. I had a coffee and a light (late) lunch before continuing on to my accommodation for the night, the Treehouse Backpackers' Lodge. The treehouse is a really nice little backpackers' hostel, with a couple of rooms in the main accommodation block, and more in small cabins scattered around a property that's dense in native bush, with well maintained pathways through it - a really nice setting for some downtime. The proprietors are friendly and helpful, and although there aren't many others staying at the moment, the atmosphere is pleasant and social.

Given the amount of cycling I did today and the nature of the next leg - a long hard climb into Waipoua forest - as well as how pleasant things are here, I've decided to take the next day off to rest, so I won't be riding tomorrow.
Posted by Nick Johnson at 12:33 AM

Contribute $25 or more towards the ride, which benefits the Chris O'Brien Lighthouse, and I will send you a postcard from a scenic town in New Zealand, to anywhere in the world. Donate now!

Nick Johnson
New Zealand
I'm a geek by trade, but I'm taking the next 8 weeks off work to do something totally different: I'm going to do a muscle-powered tour of Aotearoa (New Zealand), and I'm going to blog and video blog about it right here. Expect posts, photos, video blog entries, and even live tracking information so you can see where I am right now.